Such a renown Kaggle competition. Everyone into Machine Learning had tried to predict, who is more likely to survive: be it a family man, a gentlemen with expensive ticket, or a child? Or maybe someone holding a Royalty title? Yes, there is quite a number of features to learn for a machine!

Let’s dive into this tutorial which is more of presentation of my top notch framework for Machine Learning so far! Yes! The framework I’ve build with the courtesy of dataquest.io, spending quite some time getting my best competition results.

Btw, dataquest.io is a great platform and a community to learn some great things! 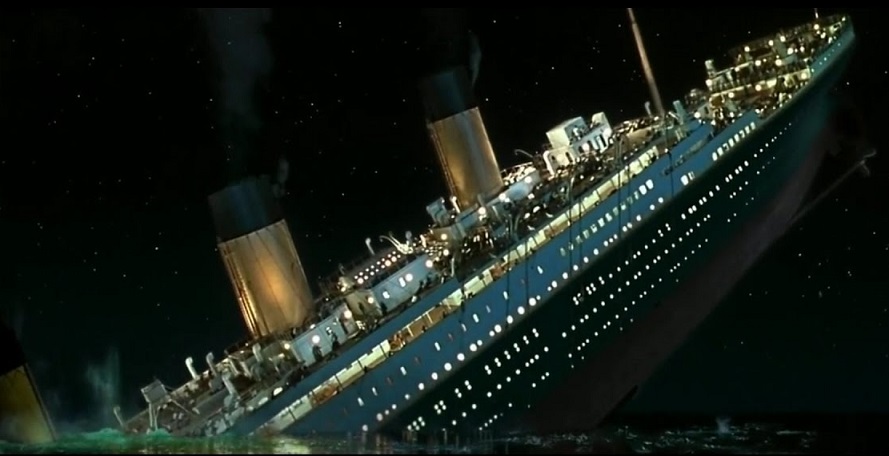 A typical ML workflow is defined in those steps:

At the end of any cycle we can always submit the predictions for holdout dataset to see the results.

A rule of thumb is get acquinted with the domain. Well, reading a wikipage about Titanic is not only fascinating, but can also be beneficial for the competition directly, such as give insight that, for example infants were more likely to survive. 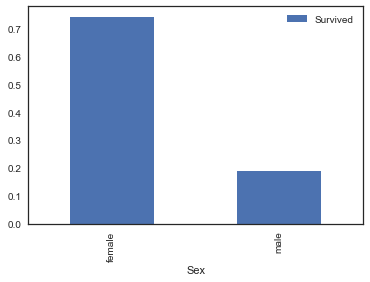 Survival rate by the ticket classes: 1, 2, 3, where 1-st class is the most expensive. 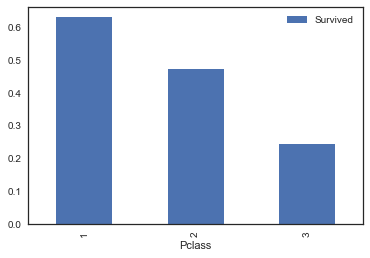 What about age groups? 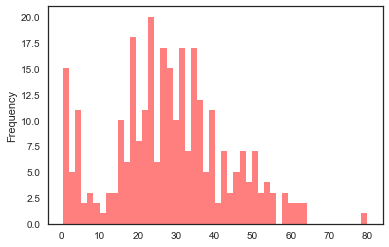 We can see that infants were the first to be saved. Which is obvious if to think about, small babies take least space and people tend to take all of them onboard. Other groups are not that obvious, even though 20-40 years are displayed more frequent than 10 y/olds on the graph, maybe it is just that there were almost no 10 y/olds on Titanic at all?

We should address these questions. A good feature engineering is the next step we are to perform.

This step is conceived one of the most crucial one. this step is what can reward a scientist with cutting edge prediction percentage. This is where some good thinking is applied.

A very first, easy step but important step to decide on how to fill those null cells, and ensure overall that all data is consistent.

Turns out there are some missing values in Fare and Embarked columns. Define a function.

A powerful technique in feature engineering is data binning.

A great example is binning age groups - i.e. assigning each person to a certain group based on their age. pd.cut() is a tool to use for that task.

On that step we can draw some deeper insights on survival percentage for age grouped above. We can use again a powerful function df.pivot_table(index='colname1', values='colname2') which would calculate survival means for each age group, giving us surival percentage vividly. Even more we can visualize it. 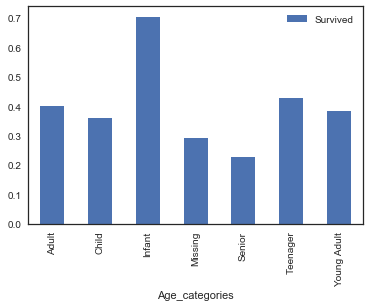 We can also bin Fare costs to groups.

Cabins. Looking at cabins we can see each starts with specific letter - might be important. Let’s create features with certain cabin types (start letter). NaN we would replace with ‘Unknown’. Creating a function.

Names contain titles, which can be very important. Let’s extract the titles and assign to certain groups.

There is a technique, called create dummies. Above functions serve us to create categories from values. The technique creates a separate feature for each category and got assigned with values 1 or 0 whether a person has this feature or not! This is a very effective technique for Machine Learning.

Now let’s define a function that applies a set of feature-extractions functions to a dataset.

Another cycle of exploration and feature creation.

This time we pay attention to Parch and SibSp columns, which are all about family size of a passenger onboard. 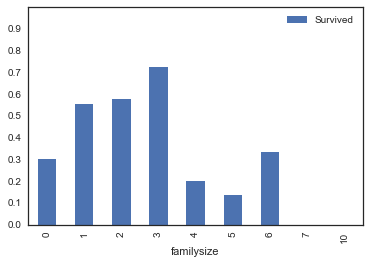 We can see that passengers with higher children count were very likely to survive. While those who had no family aboard had survival chance of only 30%.

We can also create separate features (dummy columns with 1 and 0) for passenger’s Pclass.

We should get rid of columns we used to derive new features from. Such as Age, Pclass, Fare…

Note: in practice RFECV feature selector is not very useful, unfotunately worsens performance so far in my experience.

Collinearity happens when a values in one column can be derived from another. For example male/female columns which obviously complement each other. Person can be either male or female. Collinearity effects can be seen in multiple columns also.

To diminish collinearity we can simply drop one of the columns in a pack.

Which columns have correlinearity? We would first visualize correlation for columns and then select which to drop. Here is a nice function which highlights collinear columns with deeper color: 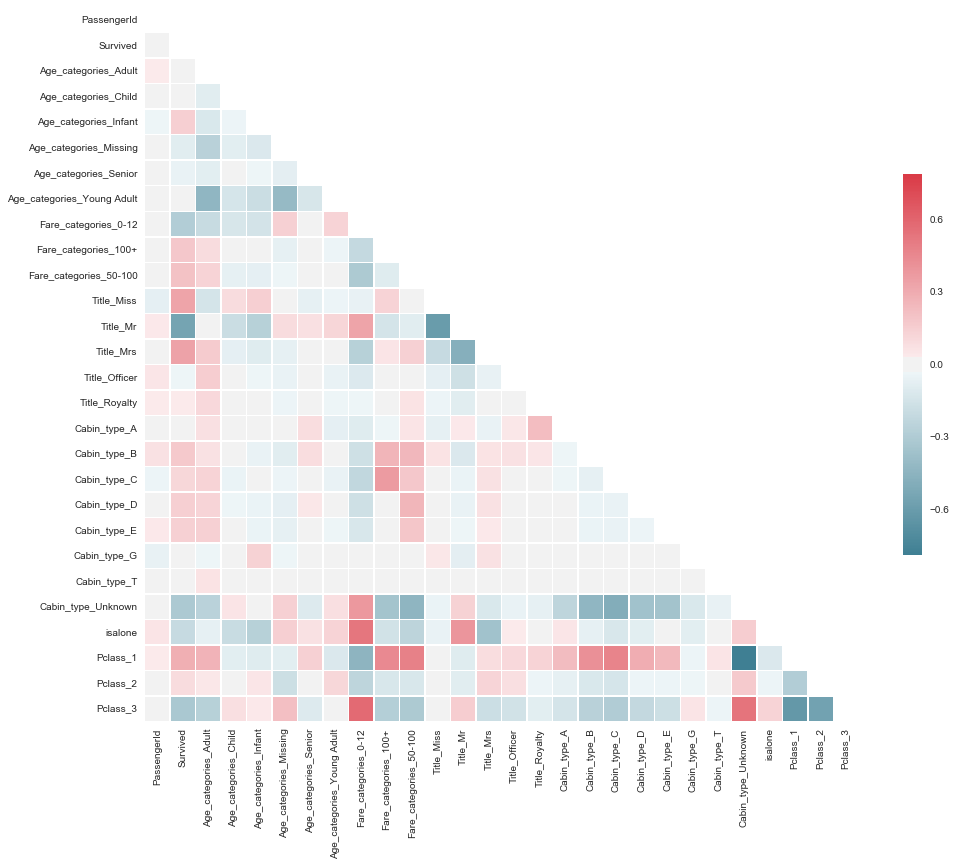 Ok, obviously Sex_female/Sex_male and Title_Miss/Title_Mr/Title_Mrs are very salient on the heatmap. We’ll remove Sex_female/male completely and leave out Title_Mr/Mrs/Miss as more nuanced.

Apart from that, we should remove each of the following from the corresponding groups:

Now this is fun part! This is where we build (train) our models. That is usually quite exciting to choose those great algorithms out there and see it performing great (at least sometimes!). This is where we see Machine Learning in work. Magic!

At this point split dataframes into all_X and all_y (data and labels) properly. That’s what we’ll be feeding into models.

Ensure at this point that featurelist (column names) coincide. As it may happen so, that some categories are absent in holdout dataset. So, we have to use those columns, which both datasets share for sure.

Now let’s use these columns further on. It helps to avoid possible issues.

Now we’ll create a function to do the heavy lifting of model selection and tuning. The function will use three different algorithms and use grid search to train all combinations of hyperparameters and find best performing model!

It can be achieved by creating a list of dictionaries— that is, a list where each element of the list is a dictionary. Each dictionary should contain:

Now that we have a dictionary of different models. Let’s create a function that would gridsearch through all of them and find best params!

It should return an updated dictionary. And also printing in a nice way it’s findings.

Note: it contains RFECV feature selector, commented though, as it proved not very useful last time.

Run the powerful search function! Get the dictionary.

A function that generates final output for Kaggle submission. As an input it takes a trained model, colnames, and optional filename to save to.

Retrive best performing model from the dictionaries (or a model of choice).

And thus we are ready to run a function, to get a latest file for a submission!

The output ready for Kaggle submission would be saved locally as filename!

Hope some techniques as well as the framework is most helpful for your endeavors. Have great Machine Learning experience!